How to communicate during a crisis 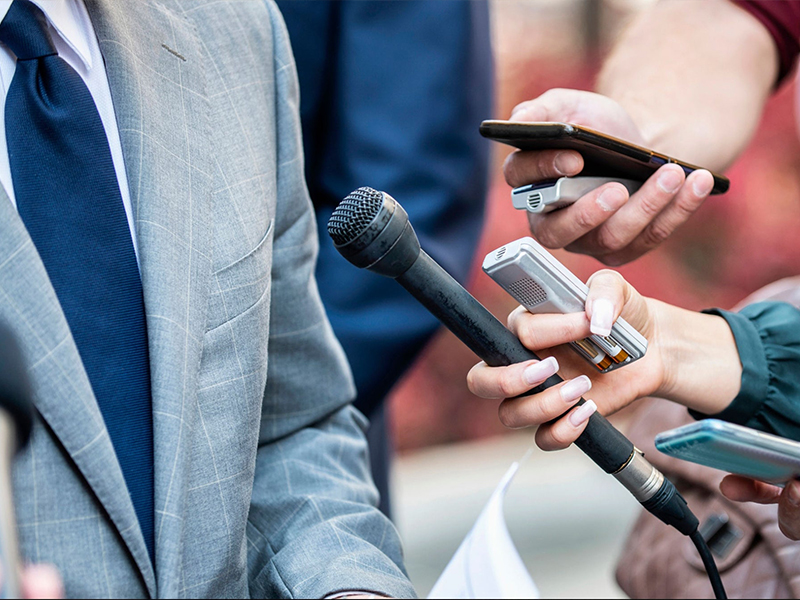 How to communicate during a crisis

Are you prepared for a media crisis? Media Skills Trainer Theresa Miller gives her top tips and a proven strategy for when disaster strikes, and journalists come knocking.

It’s always a pleasure to tell a good news story to your residents and stakeholders either via a press release or a social media post.

But what happens when things go wrong? A dog viciously attacks a resident. A swing collapses and injures a child. A librarian refuses access to a seeing-eye dog.

It would be tempting to stick your head in the sand and hope the problem goes away. But unfortunately, residents are more likely to criticise rather than praise, and if their complaint isn’t resolved they may take to social media to vent.

“It’s like the canary in the coal mine,” Cr McLachlan says. If a disgruntled resident is bellyaching on the council’s Facebook page, Cr McLachlan recommends the following statement to take the heat out of the argument before the post goes viral.

“Dear Sandy (use their first name), thank you for bringing this issue to our attention. Unfortunately, regulations prevent me from using this platform to discuss council matters.

I’d be happy to correspond with you via official council channels during office hours. I look forward to hearing from you.” This tactic usually de-escalates the matter temporarily, however if the issue is not dealt with promptly, it may attract negative media attention.

Nobody wants a TV news crew doorstepping them outside the council chambers. The media can make or break an organisation’s reputation overnight – so it pays to be prepared.

As a media interview coach, I always tell my clients, an interview with a journalist is not the time for an original thought! If you want to stay in the driver’s seat, you’ll need to prepare two or three key messages – and make sure they’re water-tight and bullet proof!

If an accident occurs or there’s a cyber-attack or some other misadventure, you have a responsibility to your constituents, stakeholders and staff to communicate the facts clearly and promptly.

Get the jump on the media and keyboard warriors by issuing a holding statement within the hour. This needs to be short and accurate. Firstly, give your name and position at Council.

Then state the known facts from a police report or official source. For example: “At 1.35 this afternoon we received a call from a resident claiming that the new flying fox at the Hamilton Street Playground has collapsed and two pre-school children were injured.

The children were taken by ambulance to South West Hospital and are in a stable condition.” (Don’t release names at this point). Then use this proven structure for either a face-to-face or written media statement. It’s called CAMPS – an acronym for Care, Action, Message, Perspective and Stick to It.

Care/compassion/concern Convey your heartfelt condolences to the children and their family and anyone else who witnessed this distressing event.

Action – say what you’re doing to fix the problem. We have closed the playground and our engineers and maintenance crews are conducting a full investigation into what went wrong with the new equipment.

Message – what is it you want your audience to know?

For example, the safety of all our residents is paramount and we will ensure the equipment is repaired to the highest standards and checked and re-checked before we consider re-opening the playground.

Perspective – is there anything that went relatively well in this scenario? Leave it out if there’s not.

For example, we thank the quick-thinking resident who called an ambulance and alerted our maintenance crew which responded immediately to secure the area.

Stick to it. Stick to the facts and don’t enter into speculation as to what caused the accident or what might happen in the future.

Here’s a typical sample of reporters’ questions: Could this accident have been caused by sabotage or vandalism? Will the parents sue? Are the children seriously injured? Will you close the playground permanently? Is this what happens when you outsource construction projects? Rather than being seduced into speculation, simply say: We won’t know how or why this happened until we’ve conducted a full investigation.

Don’t give any guarantees. There are no guarantees in life except death and taxes! After you deliver your holding statement, don’t take any questions.

Thank the media for their interest and commit to updating them within the hour or later that day when you have more details from police, the hospital and/or the engineers.

The holding statement gives the journalists enough to file a story. The danger of NOT issuing an official statement is that journalists will go fishing for someone else to interview – perhaps eyewitnesses, uninformed residents, or a member of the opposition who might insinuate the council has cut corners in building the playground.

Remember: stick to the CAMPS structure for your holding statement and rehearse your key messages for when you update the media and take questions. And book a media training session to rehearse your answers.