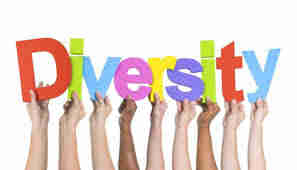 Diversity and inclusion in the work place are proven catalysts for boosting profits and productivity. Research shows that diverse teams, who experience inclusion, are more creative, innovative, deliver better returns and have higher employee retention rates.

According to the British advertising consultant, Cindy Gallop: “Homogeneity is the enemy of creativity. Diversity drives creativity, which drives profitability.”

One of Australia’s leading diversity and inclusion consultants, Troy Roderick agrees: “If you have a group of people who are different from each other you’ll get a smarter solution rather than a narrow perspective.”

Roderick says whether an organisation wants to create a great customer experience or build giant solar batteries, it will get the best outcome when it creates a feeling of inclusion where everyone’s uniqueness is valued and appreciated as an asset.

Troy Roderick has been championing diversity and inclusion in the public and private sectors for more than twenty years. During that time he’s seen many leaps forward in opportunities for women and other employee segments. Speaking at a talkforce event in Melbourne recently, the executive ambassador of Catalyst Australia said despite the improvements, the playing field was still far from level.

“Twenty years ago we wouldn’t have had a gay Irishman running Qantas or an Indigenous woman in the Lower House of Federal Parliament…yet we still have a gender pay gap and one woman a week dies from domestic violence in Australia,” Roderick says.

While it’s unlawful to discriminate against an employee because of their age, race or gender, there are still plenty of employers sidelining people because of their difference. Not offering flexible work arrangements for carers, parents or students, is just one of many examples.

“If a person can’t bring all of themselves to work, if they have to hide an aspect of who they are, then they aren’t using all their capabilities,” Roderick says.

He also encourages men to call out sexist behaviour and to interrupt their own biases, to be more inclusive leaders.

Barring women from the C-Suite is also bad for the bottom line. According to Anna Green from Boston Consulting Group, companies with more female leaders are 15 per cent more profitable and report greater staff satisfaction and less fraud.

While many companies are embracing diversity with gusto, there are others with more traditional approaches, and with leaders who are still resistant, possibly threatened by the idea of having to compete with women and people from different ethnic backgrounds.

“My feeling is that men will ultimately be fine,” says Roderick. “Championing for change requires a head and heart connection. Most people aren’t ill-intentioned – most people want a better future for others.”

Theresa Miller is an associate trainer with talkforce, and director of millerink media – specialising in business writing and media training.