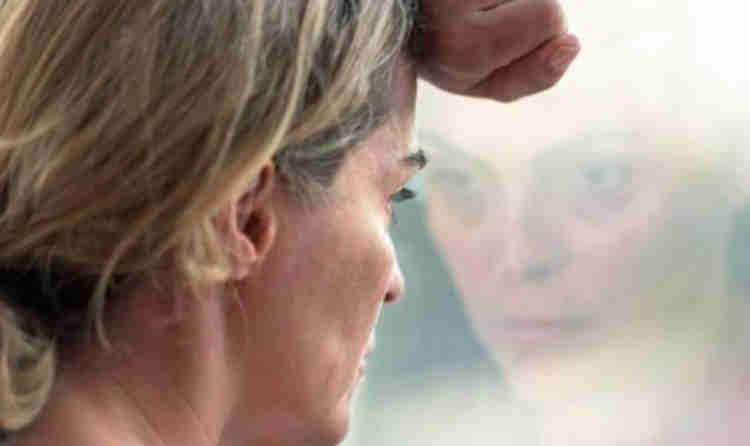 Women are enduring the crippling effects of menopause unnecessarily because of fear and ignorance of the benefits of menopausal hormone therapy, the Australasian Menopause Society says.

The experts blame a flawed study by the US Women’s Health Initiative study, published in 2002, for setting off a mostly unfounded scare about the link between MHT and breast cancer. The media story spread like wildfire and pharmaceutical companies stopped distributing MHT and GPs stopped prescribing it.

Clinical associate professor Sheila O’Neill chaired this month’s 21st AMS congress in Sydney that set out to explore the research around menopause, debunk the myths and present GPs with the latest in evidence-based treatments.

Among the good news for women are the results of the 18 -year follow-up from the original US study that showed similar rates of deaths from all causes, including breast cancer and heart disease, for those who took MHT and the non-treated group.

In other words, they found no negative effects from MHT. The results were published last month in the Journal of the American Medical Association.

O’Neill says it will take time for GPs to catch up with the latest research and for the general public to regain confidence in MHT.

A study conducted in 2015 found that 400,000 menopausal Australian women were suffering hot flushes but only one in eight were receiving treatment, mostly with antidepressants, not hormone treat ments. The AMS says a low dose and short -term use of hormone replacement therapy as a patch, gel or tablet is the best-proven treatment for hot flushes and other symptoms like insomnia, mood changes and vaginal dryness.

“A woman has a greater risk of developing breast cancer if she drinks more than two glasses of wine every day than if she uses short-term HRT,” O’Neill says. “The benefits of individualised hormonal treatment far outweigh the risks.”

Menopause is a normal physiological occurrence experienced by women in their late 40s to mid 50s when their ovaries run out of eggs and their oestrogen supply switches off.

While it might be normal, the withdrawal symptoms are not for the faint-hearted. Symptoms include hot flushes, night sweats, – insomnia, anxiety, brain fog, vaginal dryness, joint pain, loss of libido, weight gain and migraines. Usually the worst of it passes after a few years as the body adjusts but some women continue to suffer into their 60s.

In the long run, the lack of oestrogen puts women at risk of developing osteoporosis and heart disease. While every experience is different, very few sail through the menopause unscathed. Reports of depression and anxiety among women in the peri-menopausal transition are common.

“I’m 53 years old, strong as an ox and usually happy, but menopause has made me feel unbalanced, anxious, lumpy and pointless,” says Kirsty Hallet* from Adelaide.

“I have begun to doubt myself, feeling like a fraud, and I get anxious about nothing in particular. Menopause is liberating? Hardly.” While the transition can take several years, a woman is considered menopausal one year after her last period.

However, the timeline can be different for younger women with breast cancer. They can be chemically catapulted into premature menopause after chemotherapy or when their ovaries are surg ically removed.

There’s also anecdotal evidence that a shock, such as the death of a loved one, can trigger the early onset of menopause.

Anne Darvall was 47 when her husband died suddenly of a heart attack, leaving her and three daughters. A year later her contraceptive IUD was removed. Her periods didn’t return; instead she experienced heart palpitations, anxiety, foggy brain and night sweats. “I thought I had cancer,” she says.

Her doctor ran blood tests and discovered Darvall had gone through a rapid menopause.

“It was a double whammy for me. I had lost my husband and now I felt I’d lost myself and my sexuality. I felt like I was washed up as a woman.”

was already low, her doctor recommended MHT. One daily tablet relieved her symptoms. Five years on, she has halved her dose and will eventually wean herself off completely.

Recognising the symptoms is not always easy because each woman’s experience is unique. While TV commercials for tampons are now commonplace, talking openly about menopause still appears to be taboo.

But MHT is not the silver bullet for every menopausal woman.

Rodney Baber is a professor of obstetrics and gynaecology at the University of Sydney and a past president of the AMS.

He says: “It’s probably true that in the 90s we overprescribed MHT. We saw it as the universal panacea. We know now it doesn’t suit every woman.”

Treatment today is more nuanced and more individual- specific. Doses are lower, monitored closely and adjusted regularly. Baber says in the future treatment will be tailored to a woman’s individual DNA.

Breast cancer survivors are not MHT candidates because oestrogen and its bio-identical partner, oestradiol, can fuel the tumour. For those women there are non-hormonal prescription drugs such as low-dose antidepressants, anti-anxiety and medications used – traditionally for migraines and epilepsy.

Genevieve Johansson is 53 and works as an editor in Melbourne. She noticed a sudden sharp decline in her mental faculties about a year after her last period. “I also noticed my sexual response dialled right down,” she says.

Johansson was prescribed an oestrogen patch combined with a hormonal IUD. It took about a year to get her dosage right. She now wears a patch that she changes once a week.

“For me it’s been a godsend. I feel more like myself again,” Johansson says.

Plenty of women still prefer to opt for natural therapies. Baber says there isn’t much proof that supplements such as black cohosh and rosehip oil work but if they make his patients feel better, he’s happy for them. He does however warn that menopausal women are vulnerable to snake oil merchants. “If a woman takes a supplement and feels no improvement after six weeks, she is probably wasting her time and money and losing hope,” he says.

Nutritionist and author of Supercharged Food Lee Holmes says: “Menopause hit me like a tonne of bricks. I experienced frequent night and day sweats, as well as weight gain and irritability. Diet and lifestyle changes have really helped me. I started intermittent fasting and have lost the extra five kilos. I now walk regularly and do yoga. Listening to meditations most nights has been helpful too. I am now feeling great about ageing because I look after my emotional health. I think that’s the most important thing.”

The AMS says mindfulness meditation and cognitive behaviour therapy are proven methods of shifting anxiety and depression. Exercise and a diet high in fresh fruit and vegetables, good oils and fibre are also high on the get-well list. Avoiding alcohol and spicy foods can help reduce hot flushes.

Western women can now expect to live at least a third of their lives in a post-menopausal state. But they don’t want to simply survive; they want to thrive. Carefully managed MHT can be part of that success package.

The AMS website lists its GP members across Australia, along with fact sheets and the latest scientific evidence. And it’s also important to honestly share what you’re experiencing with your women friends, instead of pretending menopause is a breeze.

*Names have been changed